I haven’t been involved with geothermal power field since year 2000.

Here is what we did for the Wayang Windu project in Indonesia. 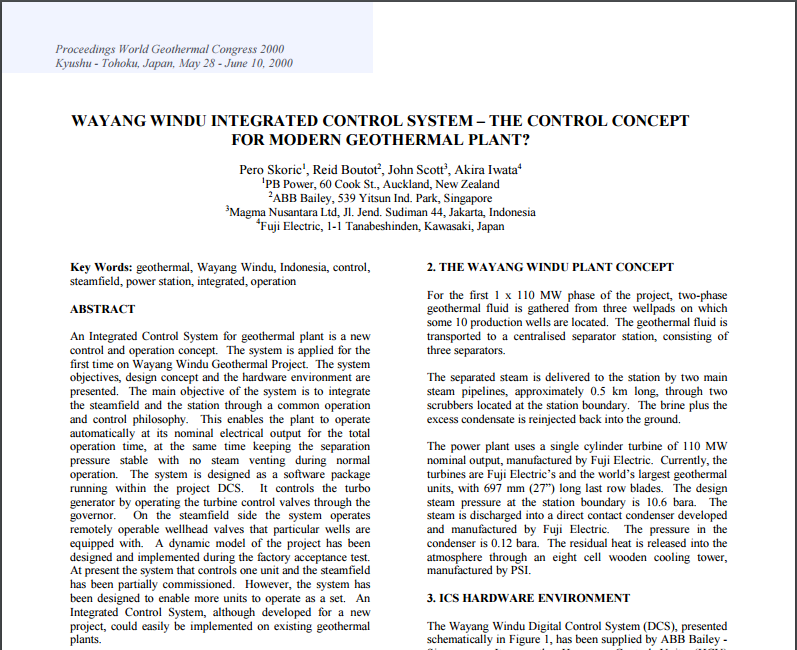 At the time Fuji Electric installed there the largest geothermal steam turbine ever, though it might not be the largest any more.

Like all new ideas it was not accepted without some resistance.

I gave the technology and supervised the engineering. however, there were many others pushing it through. Some of them are in the paper authors list.

In the meantime Fuji Electric installed another unit there.  Guess they extended the integrated concept further.  Would like to hear from my Fuji Electric friends how that all went through.