The elementary block described by (10.1) is presented in fig 10.1 as an autonomous system which is commonly referred to as static gain.

Dependence of the output y(t) on input x(t) is defined in the time domain by a zero-order differential equation which contracts to algebraic equation:

where K is a constant with dimension:

When x and y are relative, i.e. dimensionless variables,  K is dimensionless as well.  The use of relative variables is assumed throughout the following paragraphs.

Static gain maps input function x(t) into the output y(t) without any dynamical distortion, as it is demonstrated in fig. 10.2 using the step response as an example. 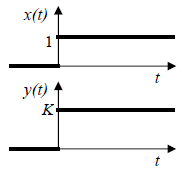 The equation (10.4) is mapped into the frequency domain as the transfer function: 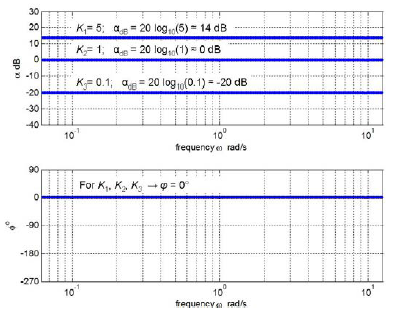 Fig 10.4 Frequency response of a static gain in Nyquist diagram (K is a real number)